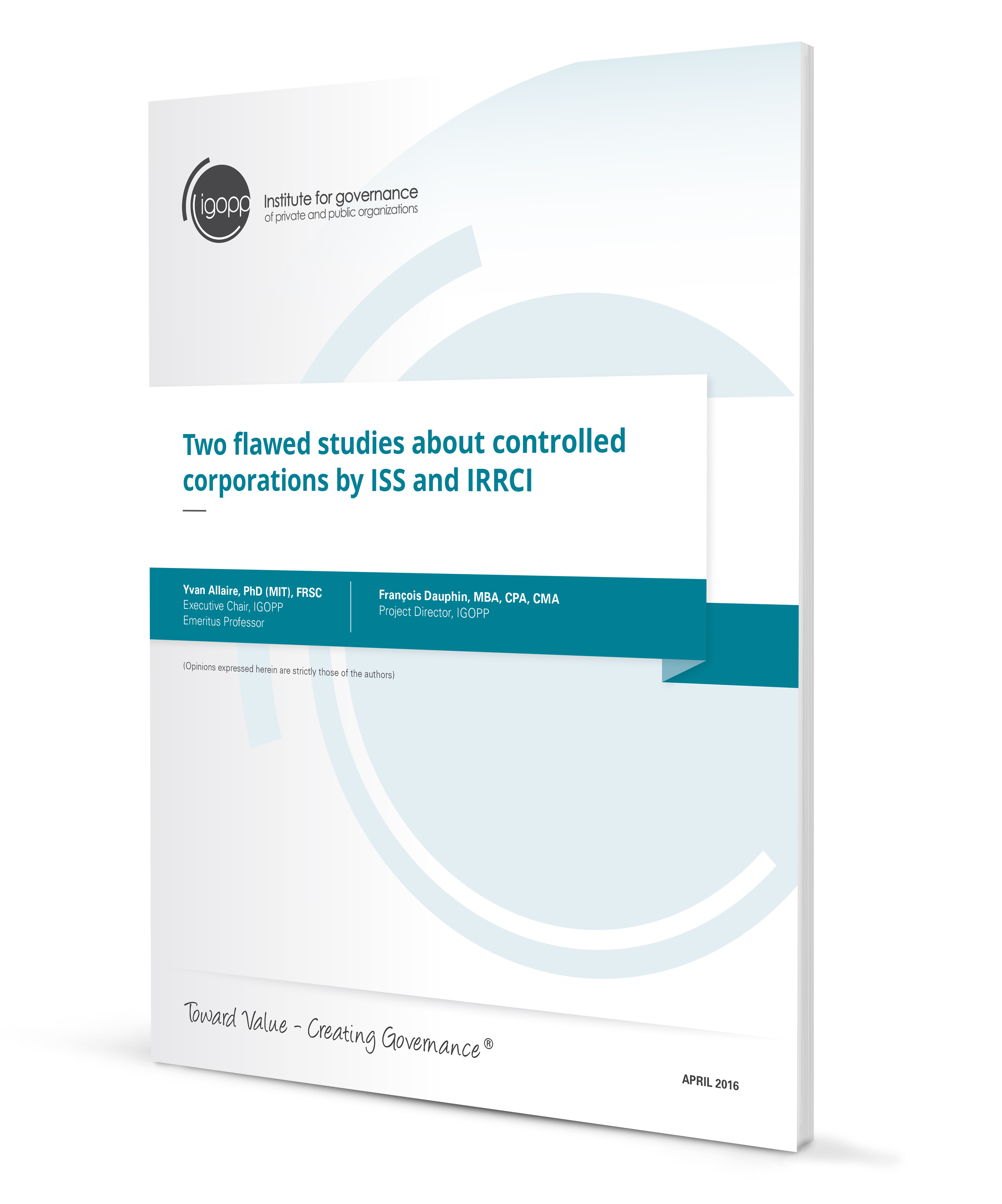 « Two flawed studies about controlled corporations by ISS and IRRCI »

« The performance of controlled companies has been a contentious issue. For different reasons, various parties have worked hard at convincing the investor class that capital structures other than one-share, one-vote would produce inferior results for shareholders. Consequently, most investment funds frown upon such structures, at best tolerate them, and, at worst, have adopted policies of non-investment in these companies.

The Investor Responsibility Research (IRRC) Institute and ISS, the proxy management firm, have been most strident in their opposition to “controlled” corporations and have produced studies supposedly buttressing their position.

Thus, in October 2012, they published a study purporting to assess the relative performance of controlled and non-controlled companies listed on exchanges in the United States (the S&P 1500 Composite Index).

The study received little notice in the media but circulated widely in the financial community as it claimed that the “findings” demonstrated the inferior performance of “controlled” corporations.

The statistical findings of this so-called research are summarized in the following table (page 8 of their report). »