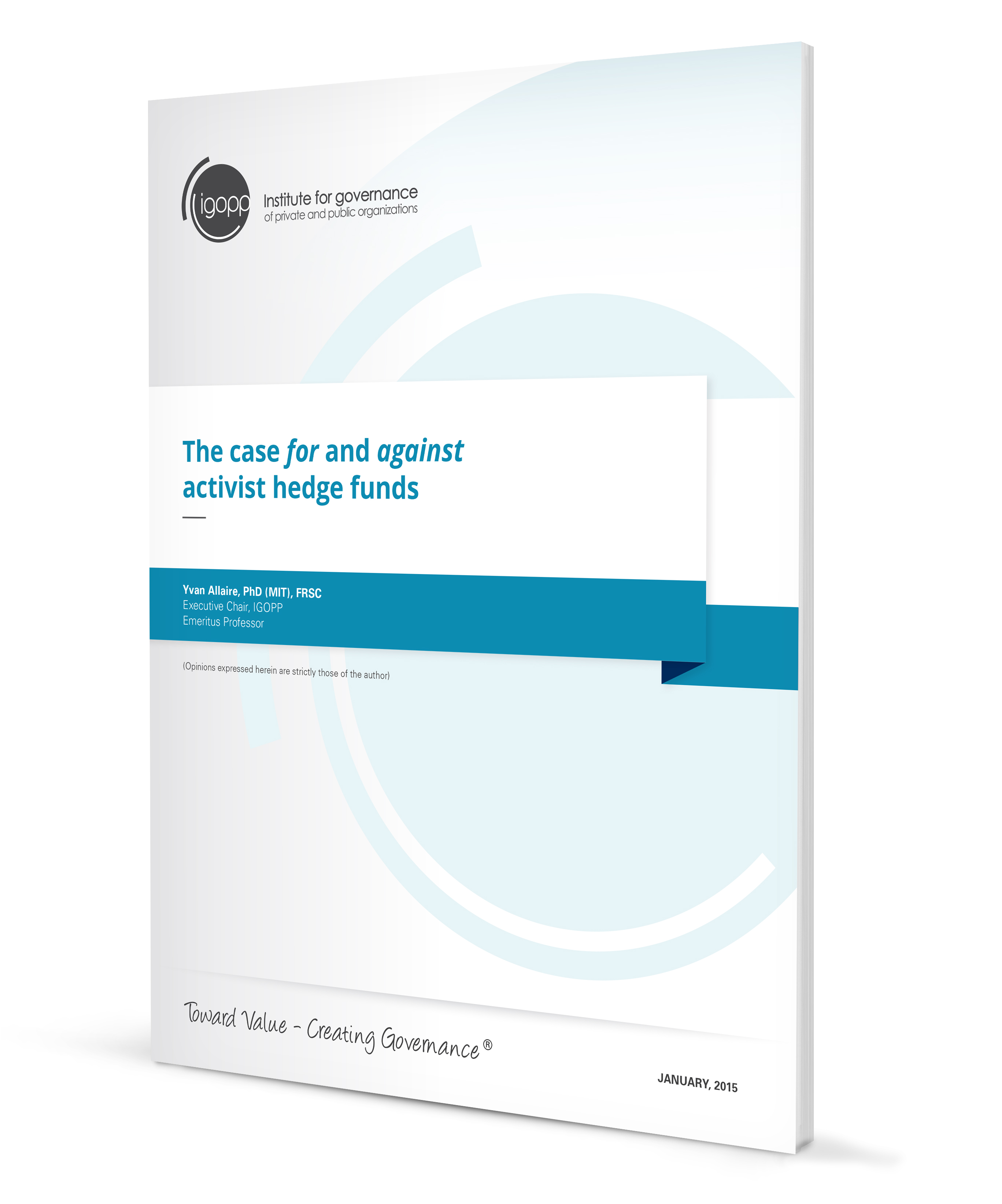 The case for and against activist hedge funds

A subset of so-called hedge funds, henceforth known as “activists”, has latched on the idea that many corporations are not managed or governed in a manner likely to maximize value for shareholders. With the capital they have obtained from pension funds and other institutional investors, they take a small position in the equity of publicly traded companies which, in the view of these “activists”, have not taken all appropriate measures to raise the price of their shares.

This is a fast growing business. The number of activist attacks, some 27 in 2000, will exceed 320 in 2014. Activist hedge funds, fed by institutional investors, have now amassed an estimated $200 billion in managed assets1. To achieve more leverage on companies, smaller hedge funds may band in what has been aptly called «wolf packs».

In a by-now familiar scenario, the activist hedge fund pressures the targeted company to appoint to its board some people of its choosing (threatening a proxy fight if the company is not forthcoming). That is merely a first step, sometimes entirely skipped, in getting the company to adopt a set of measures deemed likely to boost a lagging or stagnating stock price.

Unless the company swiftly gives in to its demands, the hedge fund will produce a paper, or a long letter, critical of the company’s management and board and outlining the remedial actions that, in its view, would benefit shareholders. That document will be broadcast widely so as to gather the support of the company’s institutional shareholders, even if a tacit one. In due course, if matters come to a proxy fight, the hedge fund will seek to persuade the proxy advisors (ISS and Glass Lewis) to come out in favour of the hedge fund’s nominees for the board.

The contents of the attack pieces produced by hedge funds range from broad principles and detailed financial analysis to operating minutiae; for an instance of the latter, the hedge fund Starboard Value criticizes the Darden Corporation, owner of Olive Garden, for the fact that these restaurants no longer salt the water for cooking its pastas! For another instance, hedge fund activist Dan Loeb got the then-CEO of Yahoo, Scott Thompson, to resign in disgrace by publishing an open letter accusing Thompson of “fabricating a computer-science degree”2.

Activist hedge funds and their academic supporters make several arguments and claims in defense of their actions.  Read more