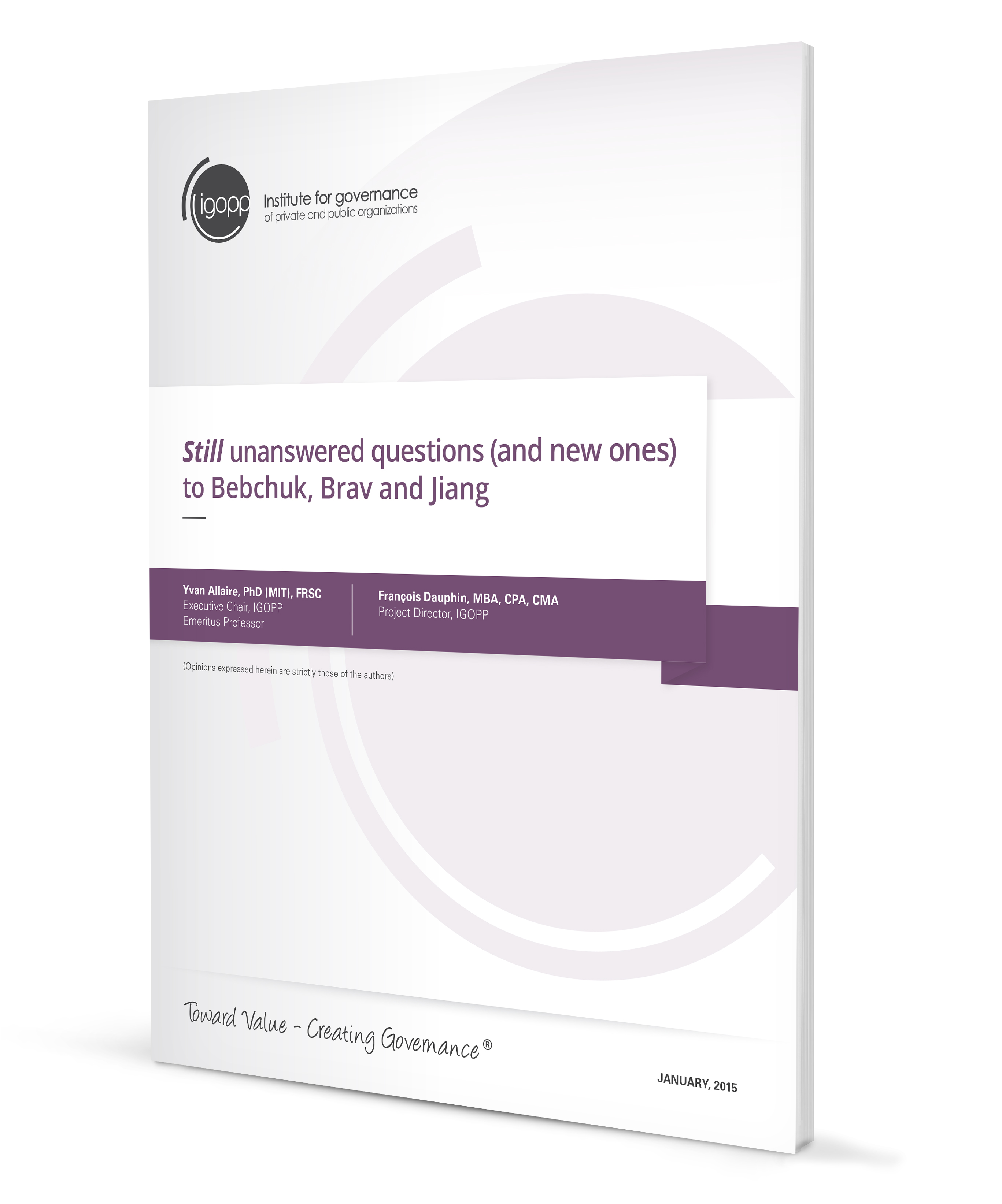 Still unanswered questions (and new ones) to Bebchuk, Brav and Jiang

Bebchuk et al. have produced a new version of their paper The Long-Term Effects of Hedge Fund Activism (December 2014) to be published in the June 2015 issue of the Columbia Law Review. In this revised text, the authors struggle valiantly to cope with the challenging questions a number of critics have raised about their original paper. The authors, among many, have taken issues with their original paper. While the revised draft by Bebchuk et al has the merit of clarifying some aspects of their study, many issues remain unresolved and new ones creep in. In this paper, they provide examples of the latter while reiterating the fundamental questions that remain unanswered.  Read more

This paper is the third one of a series of three papers on Hedge Fund Activism.