Accueil Blog Publications  Reports & Studies On becoming an activist board! 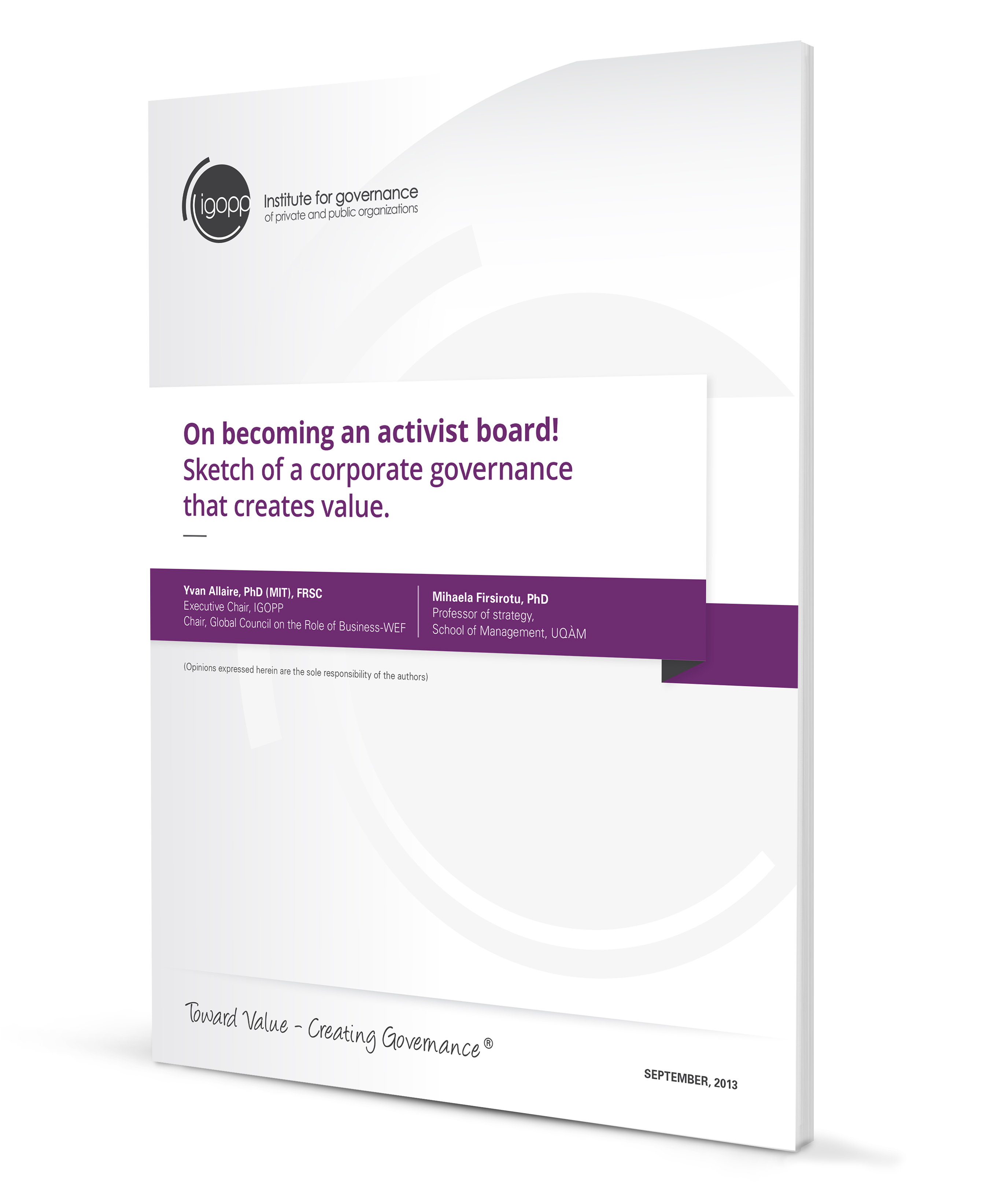 On becoming an activist board!

Sketch of a corporate governance that creates value

The governance reforms carried out in publicly traded companies since, if not before, the fiascos called Enron, WorldCom, Tyco, Global Crossing, et alia have resulted in boards of directors largely staffed with independent, diligent people with solid business experience.

Then, why is it that boards, though dutiful and careful, remain surprise-prone and ill-equipped to challenge management. How can we explain the governance issues manifested in so many corporations? Indeed, if management does not provide the board with the relevant information, hides from the board or lies to the board, how can the board be held accountable?

Yet, in most, if not all, fiascos, in hindsight, it appeared that warning signs had been overlooked by the board, red flags unseen, symptoms unattended, vagueness not probed.

Boards in the dark
The Lehman bankruptcy some five years ago offers a stark illustration of this phenomenon. In his report (in 9 volumes and over 2, 200 pages), the court-appointed Examiner finds no actionable fault (“colorable claim” in the American legal jargon) against the board of directors of Lehman.

At the time of its bankruptcy, Lehman’s board was, typically, made up of retired CEOs of large industrial companies unrelated to the Lehman business (IBM, GlaxoSmithKline, Haliburton, Telemundo Group, Sotheby’s), a theatrical producer, the former CEO of the American Red Cross, a couple of long-serving members, and the recent arrival (April 2008) of a former executive from
the financial sector.

The board did what it could; board members exercised their business judgment, a judgment shaped by an experience totally foreign to the investment banking/trader business in the years 2000-2008. They made decisions on the basis of their limited knowledge of the financial business and the information management provided and carefully managed.

For the board meeting of March 20th, 2007, the people responsible for preparing a presentation for the president of Lehman exchanged e-mails conveying his expectations: “Board is not sophisticated around subprime market- Joe [the president of Lehman] doesn’t want too much detail. He wants to candidly talk about the risks to Lehman but be optimistic and constructive –talk about the opportunities that this market creates and how we are uniquely positioned to take advantage of them”.