As we approach the upcoming national election cycle, economists find it difficult to pinpoint one specific reason for the current flurry of corporate M&A activities in America. Recent developments, including the president’s tax reform bill, large corporate cash reserves and strong equity and debt markets may all contribute to this. That would likely include this morning’s announcement that Xerox (trading symbol: XRX) wants to acquire HP, the printer business spun off a few years ago from onetime Dow Jones Industrials component Hewlett-Packard.

Another increasingly critical development leading to the mergers and acquisitions trend: The need to maintain America’s technological edge in the face of growing global competition.

The United States losing its research and development (R&D) edge

On key metric of continuing economic success is the steady development of new technologies. In 1960, the United States accounted for over two-thirds of all R&D activity worldwide. Since that time, the total U.S. share of R&D fell to 28% of the total. Even worse, America risks a further R&D as foreign competitors put a strong emphasis on developing new technologies. Or, at times, stealing ours.

Over the past two decades, China has emerged as a global science and technology leader. Since 2000s China’s share of global R&D more than quintupled from 4.9% to 25.1%. At this pace of growth, they could well soon overtake American innovation.

Government deficit soars. Here’s how President Trump will fix it
Along with tighter export controls and patent enforcement by the US government, corporate M&A activities can significantly aid in reversing this trend.

The pooling of corporate resources that corporate mergers generaly provides offers economies of scale to the newly combined entity. This increases capabilities and helps advance technologies while eliminating unnecessary back office overhead. By eliminating the redundancies involved with fixed overhead costs, merged companies can also pass corporate savings can down to consumers in the form of lower prices. The new entity can also leverage some of the savings to fund fast-tracked research and development.

In recent years, US defense-related R&D fell from 36% of global R&D to 4% today. That number likely has further to fall, as defense budgets come under additional pressure in future years. To ensure America maintains its edge against foreign adversaries, the Federal government must rely more heavily on contractors and commercial companies to leverage their integrated capabilities for cost-effective innovation.

Naysayers, ranging from the Feds to left-wing anti-capitalists to activist hedge funds increasingly raise anti-trust concerns about big corporate mergers. Federal and socialist M&A opponents argue that by joining together the two companies involved, the new entity removes competition, increasing pricing power and hurting consumers. Hedge funds and other corporate “activists” claim to “seek value” for both their and other stockholders’ portfolios. But their real reason is to scoop large amounts of money from mergers and spinoff activities, enriching themselves while often saddling current or combined entities with crippling debt loads.

But in the current controversy over the RTN and UTX M&A agreement, defense only accounts for 25% of United Technologies’ business. And a mere 1% of the two companies’ sales overlap.

Activist M&A opposition is often detrimental to US economic health

This modus operandi of America’s varied anti-M&A activists often proves devastating to private research and development. One study by the Institute for Governance of Private and Public Organizations (IGOPP), for example, found that after activists held the shares of the companies involved in M&A for a median period of 423 days, funding for R&D was cut by more than half. Another study found that companies, under pressure from activist investors, are defensively making cuts to R&D. This harms long term technological innovation in the economy.

Commonsense mergers acquisitions transactions are essential to corporate dynamism and, as a consequence, to American competitiveness. Every big merger requires appropriate government scrutiny to allay relevant anti-trust concerns. And not all proposed M&A agreements can pass the sniff test.

Deals like the Raytheon-United Technologies merger ensure that America maintains its technological edge. And that remains true in both the commercial and defense sectors. 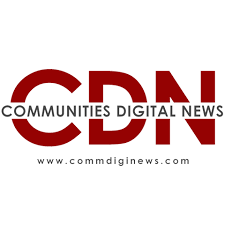