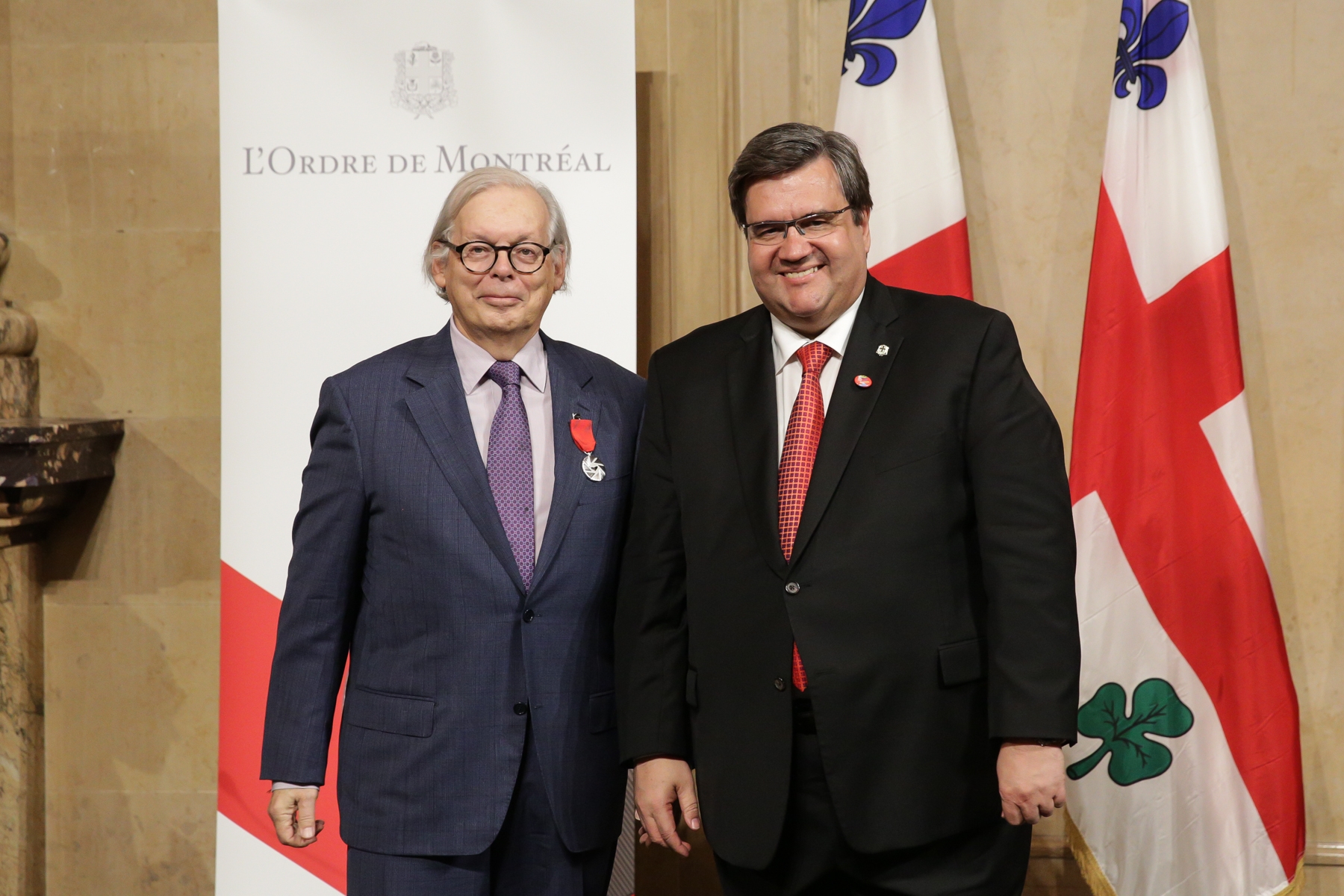 By virtue of his long-standing commitment and exceptional contribution to the evolution of the governance of our public and private organizations, on May 17, 2017, professor Yvan Allaire, executive chair of the board of the Institute on Governance (IGOPP), will be named a Knight of the Order of Montreal, the city’s highest distinction.

On May 4, 2017, the executive committee of the City of Montreal, on the recommendation of the mayor of Montreal, Denis Coderre, announced the appointment of 17 well-known Montrealers, including professor Allaire, who will receive the medal of the Order of Montreal next May 17.

The Order of Montreal, an important legacy of the 375th anniversary of Montreal, is aimed at recognizing exceptional women and men who have made a remarkable contribution to the development and reputation of Montreal.

Yvan Allaire is one of the most influential business figures in Québec and Canada. A renowned international leader in the field of business strategy and governance, he has led a brilliant academic career and played an exceptional role in the business world.

Professor emeritus of strategy at the Université du Québec à Montréal (UQAM) since 2001, Allaire has been the Executive Chair of the Board of the Institute for governance (IGOPP) since 2005. His contribution as Chair of the task force on the governance of government corporations, in 2003, led to the enactment of Québec’s Act Respecting the Governance of State-Owned Enterprises in 2006. He has published over a hundred works and articles covering every aspect of corporate governance, the most recent of which were co-authored with Mihaela Firsirotu.

Allaire was the co-founder and, from 1975 to 1990, Chair of the Board of the SECOR Group, a major Canadian strategic consulting group which became KPMG-Secor in 2012. He was also Executive Vice-President of Bombardier from 1996 to 2001 and has served on many Boards of Directors, including those of the Council of Universities, the École de technologie supérieure, the Social Sciences and Humanities Research Council, Bombardier, CGI Group, the Caisse de dépôt et placement du Québec, the Aga Khan Foundation and the Montréal Council on Foreign Relations.

In 1976, his visionary approach was instrumental in establishing the joint doctoral program in administration in the four Montréal universities, and, in 1979, the executive MBA program that sealed the reputation of UQAM’s management science school, the École des sciences de la gestion (ESG).

From 2010 to 2014, Yvan Allaire was, first, a member and, then, the Chair of the World Economic Forum’s Global Agenda Council on the Role of Business, a task force made up of some of the most eminent thinkers and senior leaders of the business world, academia and the media.

Allaire has been a Fellow of the Royal Society of Canada since 1991, and in 2001, he received the Award of Distinction from Concordia University’s John Molson School of Business for his extraordinary contribution to the business world and the community. The Academy of Economic Sciences of Bucharest awarded him a doctorate honoris causa in 1995. In 2001, he was chosen as one of 12 “High Performers” by Commerce magazine and, in 2008, the Financial Post Magazine named him one of Canada six Business Gurus.