Accueil Blog Publications  Reports & Studies The value of “just say no”: A Response to ISS 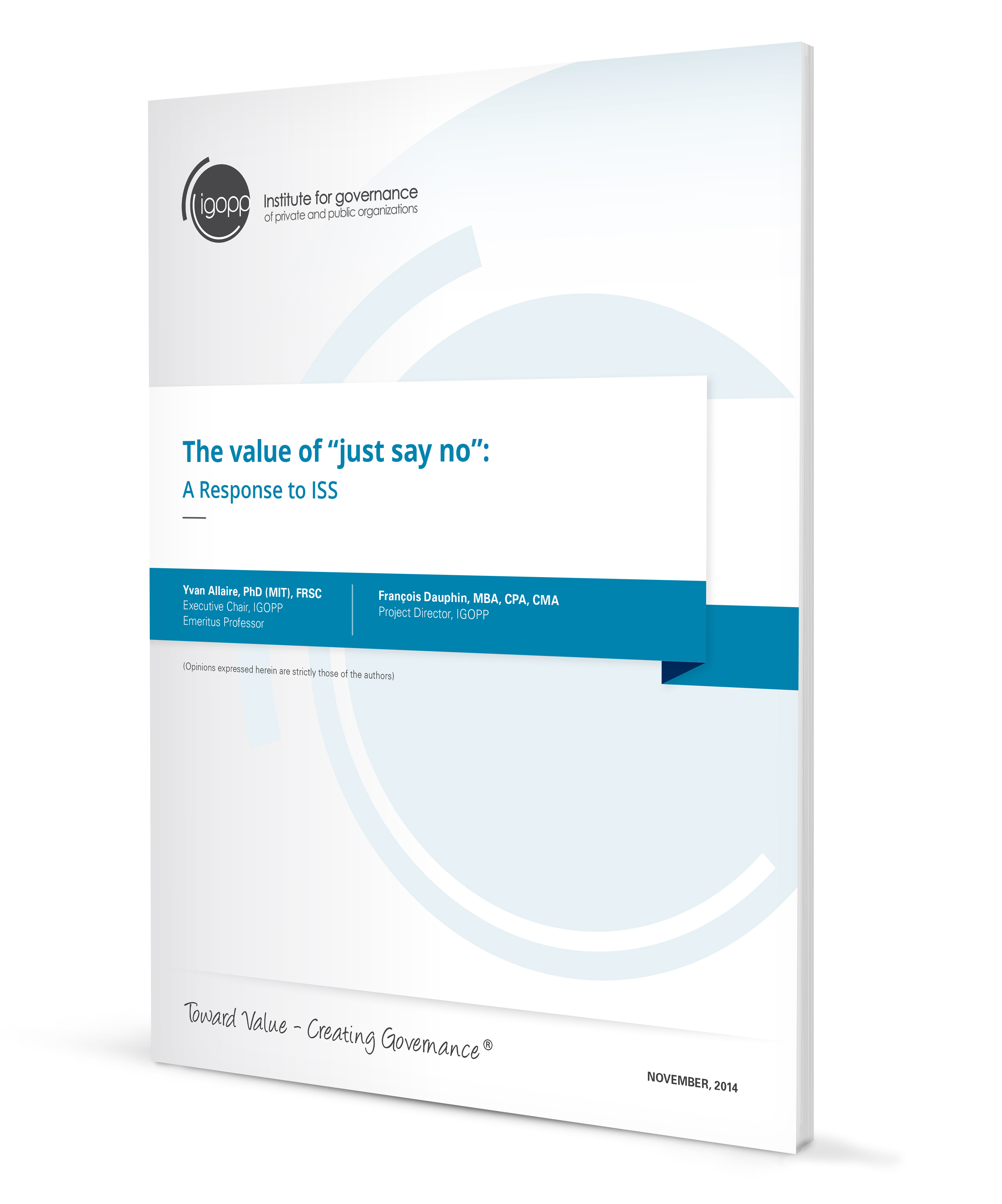 The value of “just say no”: A Response to ISS

The shareholders of Allergan, who may get to vote on this takeover on December 18th, are now “informed” that those shareholders who voted “No” to a proposed takeover of their company would have been better off financially, had they agreed to the takeover. “For those [proposed takeovers] which do go all the way to a vote yet remain independent, however, the abysmal subsequent returns relative to shareholders’ next best alternatives suggest something in the process has gone awry”. (ISS, The IRR of NO, page 3)

Unfortunately, the ISS note does not support such a blanket statement. Already, several commentators, notably Sabastian V. Niles of legal firm Wachtell, Lipton, Rosen & Katz (see – “Shareholder Returns of Hostile Takeovers”), have been sharply critical of the ISS paper: the very small sample size, the inclusion of two target companies with miniscule stock market value, the exclusion of a case where the shareholders eventually accepted a tender offer (thus not qualifying as a “No” vote) but only after management elicited a very large increase in bid price.

Our take on the ISS paper will highlight other debatable aspects of their analysis.

The ISS note is based on a very small sample of companies from vastly different industries (industrial gases, convenience stores, internet software, power production, etc.) and on takeover events scattered over four years. To increase their sample size, they include two micro-cap companies that should be removed from the analysis, as we shall do in the rest of this piece: Onvia (market cap-$36 million) and Pulse Electronics (market cap-$250 million). As per the ISS note, the bold numbers of Table 1a claim to represent the total market performance of the companies that have rejected the attempted takeover since the time of the “No” vote, compared to an S&P 500 index fund and “peer group” median
performance.  Read more