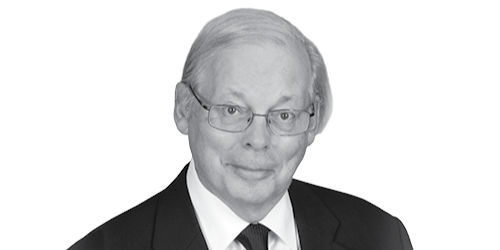 Chair of the Board, Institute for Governance (IGOPP)
Emeritus Professor of Strategy (UQAM)
Fellow of the Royal Society of Canada
Chevalier of the Ordre de Montréal

Yvan Allaire is the Chair Emeritus of the Board of the Institute for Governance (IGOPP) since summer 2021 and he was executive chair of IGOPP since its creation in 2005.

In 1975, Professor Allaire co-founded the strategy consulting group SÉCOR INC., which became the largest Canadian-owned consultancy. From 1996 to 2001 he was executive vice-president of Bombardier Inc.

Prolific author, Professor Allaire has published more than a hundred articles on strategy and governance. He published several books, in particular Black Markets and Business Blues (FI Press 2009) with Professor Mihaela Firsirotu which won the Silver Prize from the American Independent Publishers Association. Dr. Allaire has also published A Capitalism of Owners (2012) and On Becoming an Activist Board (2017) also co-authored with Professor Firsirotu.

He was the Chair of the Global Council on the Role of Business of the World Economic Forum and a speaker at several WEF Davos conferences. He has been a member of the board of several publicly listed and not-for-profit organizations including CGI Group, Bombardier and the Caisse de depot et placement du Québec.

In 2008, Dr. Allaire was selected as one of Canada’s six Business Gurus by the Financial Post Magazine. He received a doctorate honoris causa in economics from the Academy of Economic Sciences, Bucharest, Romania for his contribution to the economic reform of the country.

Dr. Allaire is a regular contributor of opinion pieces in French and English newspapers, a commentator on business TV programs as well as a frequent speaker at corporate governance conferences.