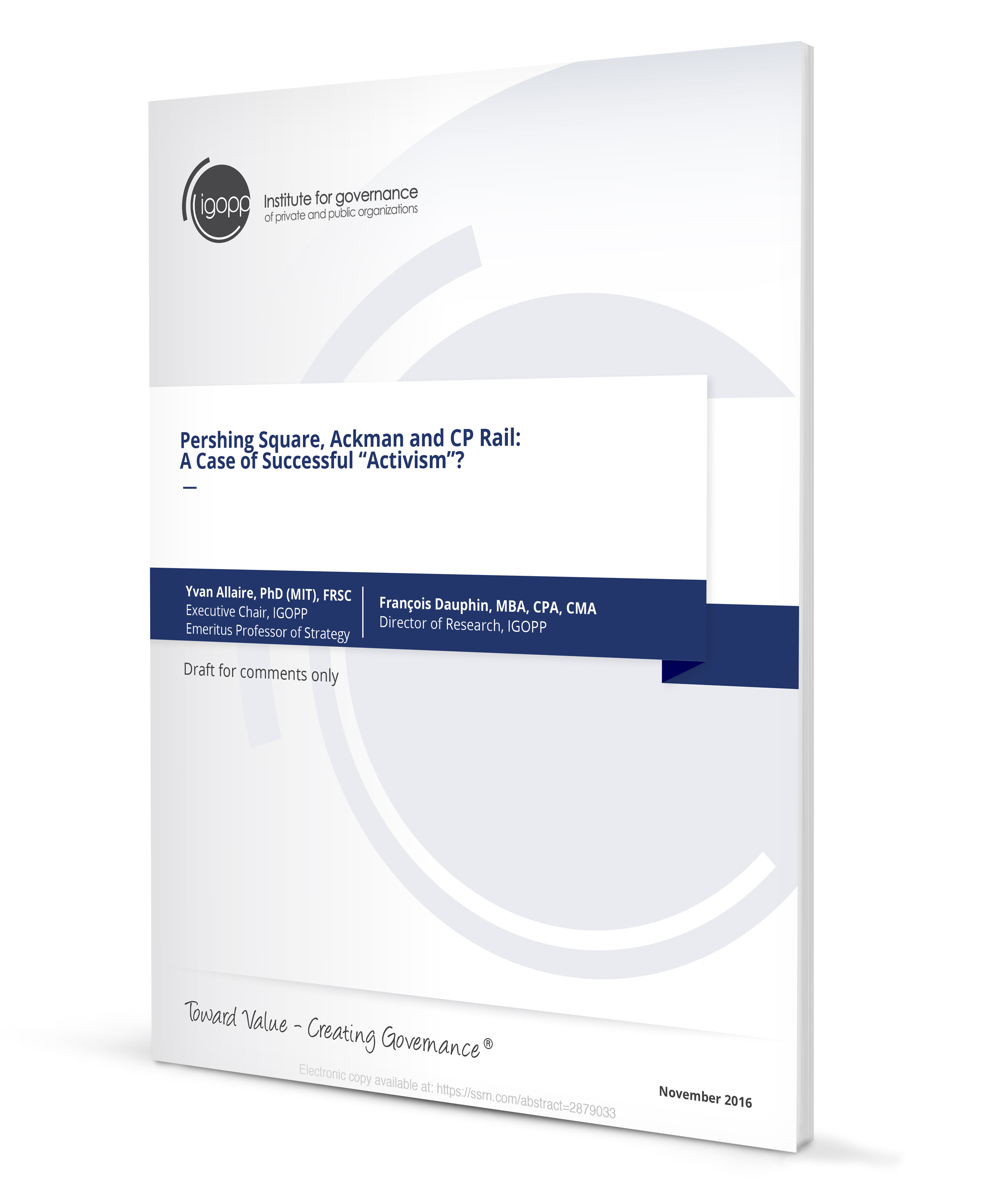 Pershing Square, an activist hedge fund owned and managed by William Ackman, began hostile maneuvers against the board of CP Rail in September 2011 and ended its association with CP in August 2016, having netted a profit of $2.6 billion for his fund. This Canadian saga, in many ways, an archetype of what hedge fund activism is all about, illustrates the dynamics of these campaigns and the reasons why this particular intervention turned out to be a spectacular success… thus far.

Indeed, during the summer of 2011, a group of 20 portfolio managers were gathered in a New York City bistro to discuss opportunities in the transportation sector. During pre-diner cocktail, one of the investors spoke critically about the governance of CP. “He was exasperated that the company’s board had not thrown out the chief executive, Fred Green” 2.

That investor admitted that the previous winter had been grueling for rail transportation, but blaming the weather to justify CP’s poor results was, according to him, just another lame excuse made by Fred Green to avoid taking responsibility. His views were shared by many other portfolio managers who turned belligerent about CP’s Board and wondered why no activist fund had yet spotted the opportunity offered by CP. A phone call was made to Paul Hilal, an associate at Pershing Square Capital Management (Pershing Square), an activist hedge fund. That phone call triggered the most highly mediatized proxy contests in Canada. Thou shalt never (henceforth?) underestimate the power of discontented shareholders. Read more