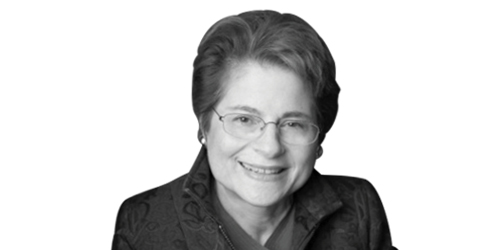 Chaviva Hošek appointed to IGOPP Board of Directors

Chaviva Hošek is currently a Professor in the School of Public Policy and Governance at the University of Toronto.

Between 2001 and 2012 she served as President and CEO of The Canadian Institute for Advanced Research. Prior to that she was Director of Policy and Research in the Office of the Prime Minister of Canada, theRt. Hon. Jean Chretien, for 7 years.

She has been the Minister of Housing in the Province of Ontario. Educated at McGill University, she received her Ph.D at Harvard University and taught English Literature at the University of Toronto for 13 years.

She has been President and a board member of the National Action Committee on the Status of Women. She serves on a number of non-profit boards including that of the Central European University in Budapest. She has been a board member of Inco and of Maple Leaf Foods, and currently sits on the board of Great West Lifeco.

She has won the Public Policy Forum Award, holds four honorary degrees and was named an Officer of the Order of Canada in 2006.