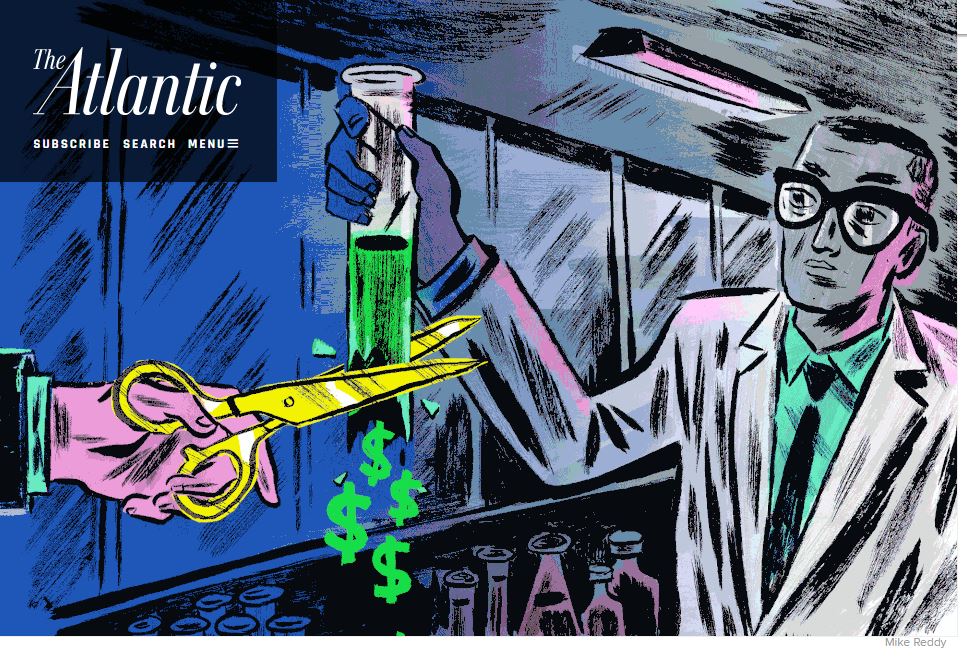 “WILMINGTON, Del.—Ron Ozer was thrilled to get a job with DuPont, the two-centuries-old chemical company, when he finished his Ph.D. from Cornell in 1990. It was the place to go for young, ambitious chemists; it offered salary and benefits so generous that some people called it “Uncle Dupey.” For 26 years, he invented things for DuPont, filing patent after patent, working on renewable plastic bottles and polymers from the company’s Experimental Station, a research lab where Kevlar, Neoprene, and nylon were all invented.

Then, in January of this year, he was abruptly fired, along with hundreds of other employees at the Experimental Station, part of a company-wide wave of 1,700 layoffs, one-third of DuPont’s Delaware workforce. Globally, DuPont cut 10 percent of its workforce, or 5,000 people in early 2016.

But it’s activist investors who have really pushed short-term thinking and figured out how to profit from it, according to Stout. And data suggests that, on the whole, activist investors are not good for employees or for the economy. Companies targeted by activist investors saw employment drop by 4 percent between 2008 and 2013, while all companies on average grew employment nine percent, on average, according to a 2015 study, “Hedge Fund Activism: Preliminary Results and Some New Empirical Evidence,” by Yvan Allaire, executive chair of the Institute for Governance of Private and Public Organizations, a Canadian think tank that works on governance issues. Those who had specifically been targeted by activists advocating for cost reduction saw employment shrink 20 percent.

Of course, what this means is that these efforts undermine the livelihoods of thousands who work at these companies. As Allaire puts it, activists’ interventions are often merely a “wealth transfer to shareholders from the company’s employees.” But the problem extends even beyond those directly affected, to the health and ingenuity of the company as a whole.”