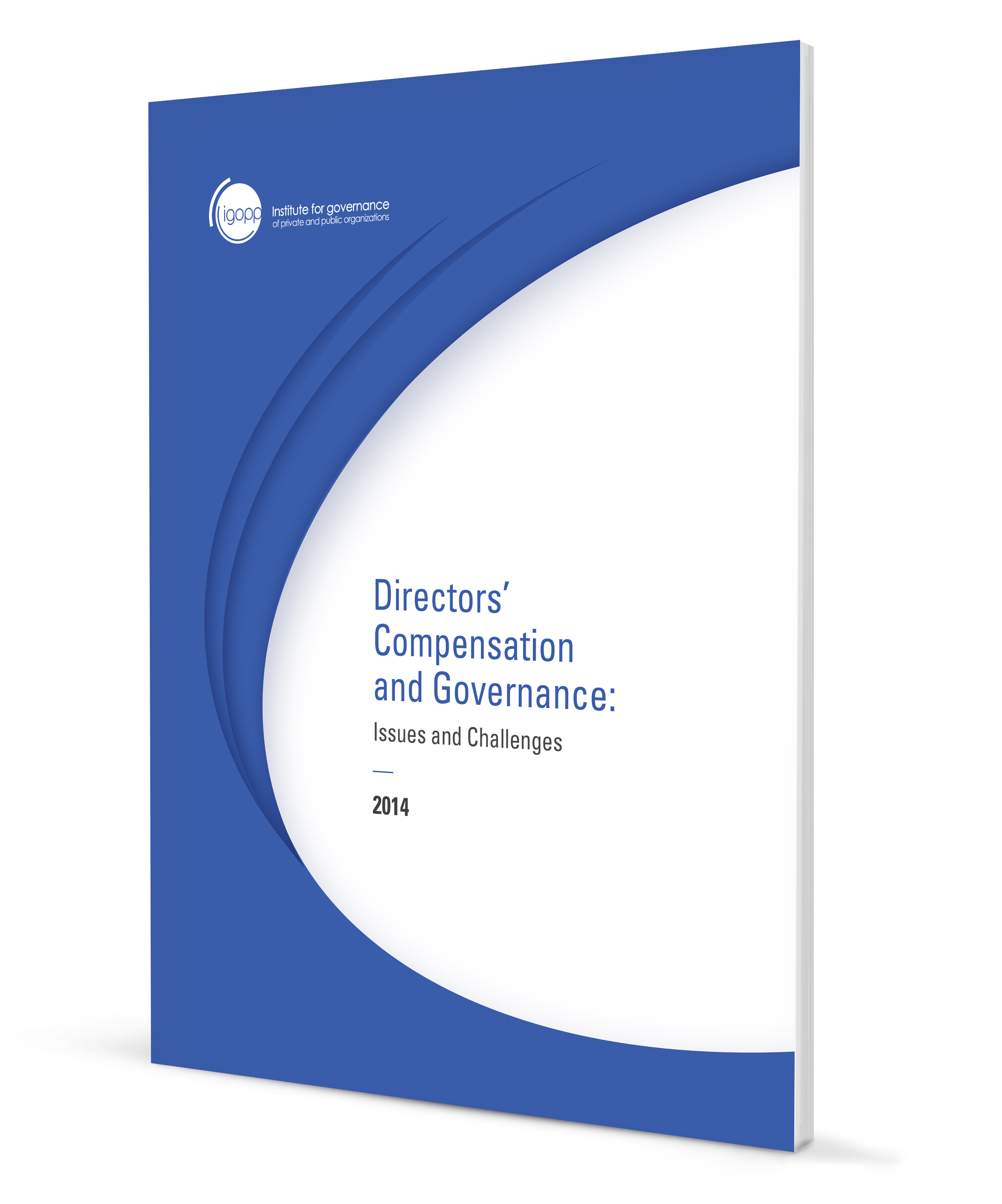 Board Members’ Compensation and Governance: Issues and Challenges

The requirements in credibility, availability and legitimacy of board members have increased substantially since 2000. In that context, directors’ compensation and its impact on their conduct and decisions become salient issues. Yet, directors’ compensation remains a little examined topic of governance. This is why the Institute for Governance (IGOPP) has produced a report prepared by Dr. Michel Magnan, Professor and Stephen A. Jarislowsky Chair in Corporate Governance from John Molson School of Business at Concordia University, to provide a general survey of the issue and propose some recommendations.

The analysis shows that directors’ compensation is only one facet of the board of directors’ governance and is not necessarily the most strategic since it only adds little to the processes for the appointment and assessment of directors, which are already rigorous. The directors’ compensation should reﬂect the fact that their responsibility is joint, continuous and focused on the long-term oversight of the corporation’s interests as a whole, and not just the short-term interests of some shareholders. Consequently, this report propounds several recommendations, among which the following stand out: