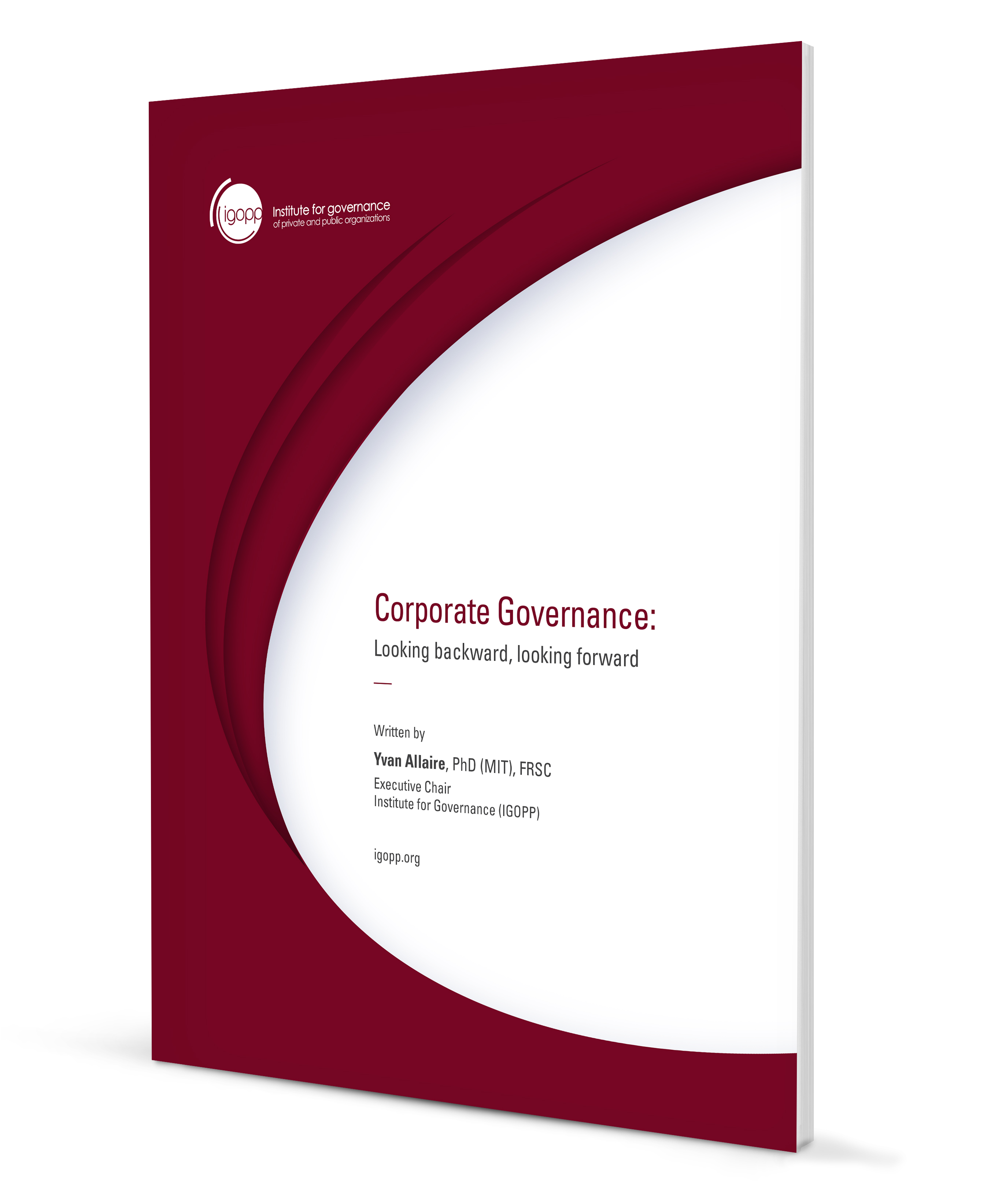 « Once upon a time, the governance of publicly listed corporations was a friendly, fraternal affair with few requirements and little risk. Then, during the 1980s, a group of funds (leveraged buyout funds) sprouted up claiming that this sort of governance deprived
shareholders of the full economic value of the business they had invested in. Cozy boards and complacent management, these funds claimed, were not motivated to maximize value for shareholders.

Their solution was a dramatic one: this system must be changed by a « revolution » in governance made possible only by the full privatization of these companies. Having access to large pools of funds and the borrowing capacity of the targeted companies, these LBO “revolutionaries” carried out a wave of hostile takeovers of companies and their subsequent privatization. That period was unusual for the large number of transactions – nearly always hostile – to privatize public companies.

This « revolution », which was to some degree successful and did leave a lasting impact on corporate governance, eventually faded away as a result of two events at the end of the 1980s and beginning of the 1990s:

However, stung by the arguments of LBO funds, boards of directors would henceforth set compensation of senior executives in a way that would motivate them to create economic value for shareholders. That meant, inter alia, generous helpings of stock options so that management would work hard to push up the stock price, pleasing shareholders and ipso facto enriching themselves.

Thus, during the 1990s, hostile takeover bids quickly dried up and were replaced by transactions that had become « friendly »1. The aggressive, “hostile” LBO funds morphed into “gentle” Private Equity Funds (PEF).

Board governance reverted to the quiet, collegial nature of the old days, but failing inexcusably to factor in the increased risk of management misbehaviour brought about by a system of compensation now loaded with stock options. This risk went unforeseen until the tornado known as Enron, WorldCom, Global Crossing, et alia caught boards of directors by surprise in 2001.

The American political and regulatory system, sensing that accusations of laxity were forthcoming, adopted the Sarbanes-Oxley (SOX) Act in short order in July 2002. Thus, having interpreted the Enron/WorldCom scandals as being largely attributable to accounting flaws and management malpractices resulting from overly generous incentives, SOX imposed new safeguards, including the following:

Not only did the bankruptcies of Enron and WorldCom lead to unusually long prison sentences for the officers of these corporations but board members were required to pay out of their own pockets fines of $13 million and $18 million respectively. Although there was no equivalent jail time or monetary fines in other cases, the Enron/WorldCom sagas triggered a shock wave among the officers and board members of U.S. public corporations.

Having to comply with the SOX requirements, worried about the risks they now ran for any laxity in governance, submerged under an avalanche of measures, standards and principles of « good governance » put forth by committees of experts, security commissions and the stock exchanges, boards of directors engaged in a sweeping reform of the governance of public corporations. Boards would henceforth play their role fully and assert a new (or renewed) fiduciary authority over corporate management.

This phenomenon, which first appeared in the U.S., spread like wildfire to Canada and the United Kingdom, and then more slowly to other developed countries. »