« A leading investors’ rights group in Quebec is pressing publicly traded Canadian companies to reveal what languages their board members speak, saying the disclosure is needed to ensure rising expectations for corporate diversity are being met.

The call comes from Montreal-based Mouvement d’éducation et de défense des actionnaires, known as Médac. The group says the information should be made public in the circulars sent to investors ahead of companies’ annual meetings.

Médac is making a shareholder proposal to that effect this year for each of the 21 companies in which it is invested, including Canada’s big six banks and pillars of the Quebec corporate community such as Alimentation Couche-Tard Inc and Dollarama Inc. and it has submitted the suggestion to the federal Finance Department as part of recent consultations on improving diversity in federally regulated financial institutions.

“We think this is a blind spot for companies in terms of diversity,” said Willie Gagnon, Médac’s managing director. “We want the disclosure of languages spoken, starting with the official languages of course. But we also want the other languages when it’s pertinent.”

The request plays into an ever-sharpening focus in Canada on corporate governance standards, including expectations that boards have more members from traditionally underrepresented groups than they did in the past. It also reflects the thorny issue of language in Quebec, a province shaken by several linguistic controversies that have spilled into the business world in recent months.

Arguably the biggest of these was Air Canada chief executive Michael Rousseau’s verbal faux pas in November, 2021. Following a speech he made in English to the Chamber of Commerce of Metropolitan Montreal, Mr. Rousseau said he had managed to live in Montreal for 14 years without speaking French, and suggested he was too busy to learn the language.

His comments shocked politicians in Quebec City and Ottawa alike, and triggered more than 2,500 complaints to the office of Canada’s Commissioner of Official Languages. In the ensuing storm, SNC-Lavalin chief executive Ian Edwards called off a largely English-language speech he was set to give just days later. Attention also turned to other Quebec-based companies with perceived linguistic shortcomings, including Canadian National Railway Co., whose board lacked any French speakers for a time.

The Canadian government has since 2020 required companies incorporated at the federal (but not provincial) level to report to shareholders and Corporations Canada yearly on the representation of women, visible minorities, Indigenous peoples and people with disabilities on their boards and in senior management. The requirement does not include any disclosure related to language.

That is an omission that needs to be corrected, according to Médac. The group argues diversity can’t be reduced to matters strictly related to biology, or other things that don’t bear on competence.

François Dauphin, president of the Institute of Governance for Public and Private Organizations, said it makes sense for companies to disclose the language skills of their executives and directors because it would show they understand the different contexts and geographies in which their businesses operate. But he said it should be a voluntary disclosure, rather than one forced by regulation.

“It has to be relevant to the strategy of the organization itself,” Mr. Dauphin said. If, for example, a third of a company’s shareholders are native French speakers, it would be nice to have someone who speaks French on the board, he said.

“Just as much as diversity in general, where we want to have minorities on the board, we need to have that representativeness in a way to retain employees or to confer some kind of legitimacy with stakeholders in general,” Mr. Dauphin said.

In 2021, Médac made a separate shareholder proposal on language that it presented to its portfolio companies, in which it asked that the official status of French be expressly written into their corporate statutes. The idea was rejected by all of them. » 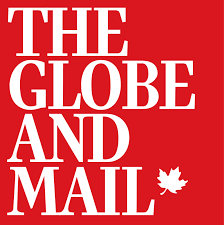