« Michel Nadeau, executive manager at the Institute for Governance and former deputy CEO at Caisse de dépôt, weighs in on Bombardier’s struggles. He says that while he believes the company will survive, it will be a much small corporation. He also says that there is a 50% chance that the Montreal-based business will still be in the rail business in the next three-five years. » 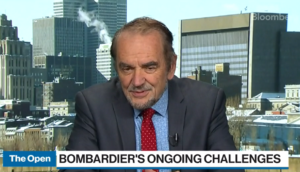