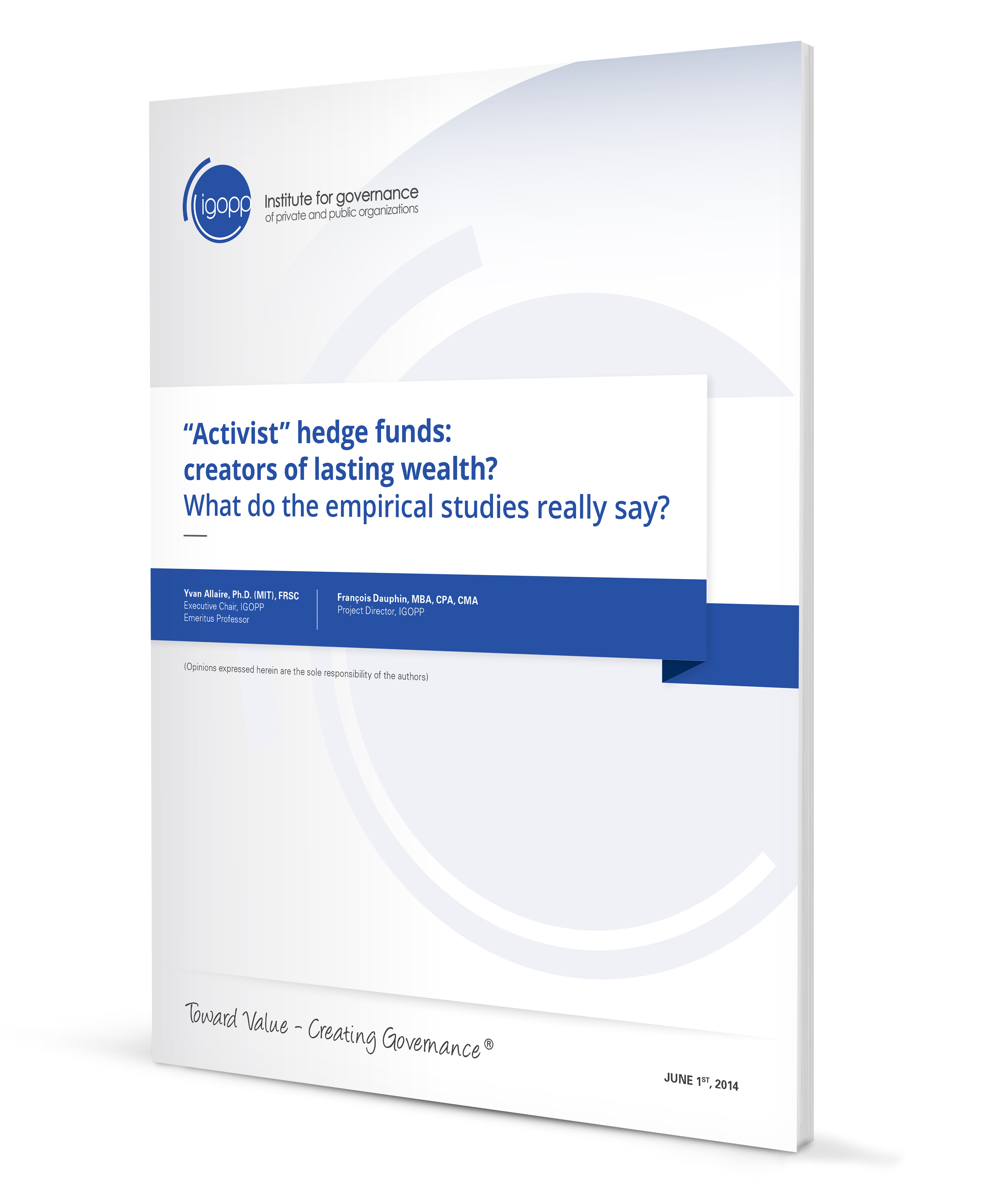 "creators of lasting wealth? What do the empirical studies really say?"

« Hedge funds have found, in some academic circles, supporters and champions of their enduring contribution to shareholder wealth. Some recent empirical research has triggered an important debate in the American corporate/financial world about the role of board of directors, the rights of shareholders, and the very concept of the business corporation. The terms of the debate run as follows: Are boards of directors responsible for the long-term interest of the company? Or, are there lasting benefits from “activist funds” pushing and prodding reticent boards of directors to take actions these activists consider likely to create significant wealth for shareholders? What are the consequences of this “activism” for other stakeholders and for the very nature of board governance?

A wide range of observers with considerable financial experience and corporate expertise take a dim view of “activist hedge funds”, lambasting them for their greed-fuelled short-term stratagems and their prejudicial influence on the long-term health of companies.

Professor Lucian Bebchuk of the Harvard Law School, argue that these wise people, with loads of practical experience, have no “scientific” basis for their collective judgment that activist interventions are detrimental to the long-term interests of shareholders and companies. Having assembled reams of data and statistics, Bebchuk and his colleagues claim they have “scientifically” demonstrated that hedge funds are not “myopic activists”, but on the contrary bring to corporations they target performance improvements which last long after they have exited the target company.